Preparations made at High Dam for upcoming flood season

By: Egypt Today staff
CAIRO – 17 July 2018: The High Dam is prepared for the annual flooding of the Nile River for the 2018-2019 water year, which starts in August, as the necessary maintenance work has been carried out for its gates to regulate the flow of water and control the flood, according to Minister of Water Resources and Irrigation Mohamed Abdel-Ati.

This came during his visit to Aswan on Monday to inspect the preparations made at the High Dam as well as the facilities annex to the High Dam and the Aswan Reservoir.
Abdel-Ati remarked that mechanisms were set to deal with the flood; water levels rise as flood arrives from the Ethiopian highlands across the Blue Nile then to Khartoum, Sudan, before entering Aswan's Lake Nasser in Egypt.

He further remarked that Sudan has also put new storage program and mechanisms to operate its annual reservoirs and maintain the water balance between the discharge, the water volume needed by countries and the required water volume for storage to compensate the losses of the water level.

He pointed out the Nile River Committee periodically receives the reports issued by the irrigation missions in Uganda and Sudan, which estimate the countries’ shares of water, rainfall rates and the amount of water collected from rains at Lake Nasser; the reports also ensure the fair redistribution of water among basin countries based on their needs.

He added that it is difficult to specify the amount of the current flood as the rainfall rates at Ethiopian highlands is fluctuating, noting that he inspected Toshka lakes to ensure its preparedness for the flood.

Egypt’s share of water is 114 billion cubic meters from all different sources. One of the main pillars of the national strategy for water resources 2017-2037 is to rationalize water use by reducing cultivation of water consuming crops, Ministry of Irrigation spokesperson Hossam el-Emam told the “Ra’ayAam” (Public Opinion) TV show on January 27.

Minister of Irrigation and Water Resources Abdel Aty recently decided to reduce the rice cultivationarea in Egypt from 1,700,000 feddans to 724,200 feddans (1 feddan = 1.038 acres) in order to rationalize water use. 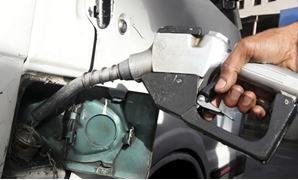