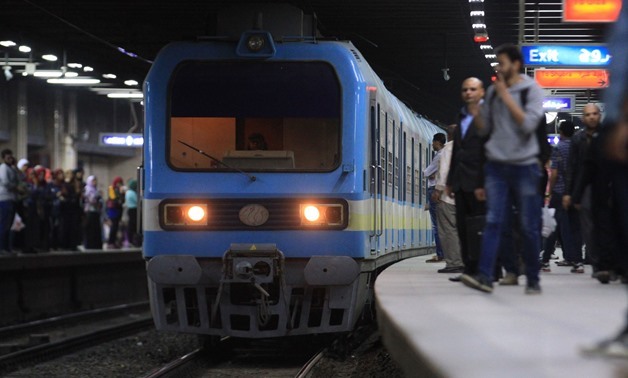 CAIRO - 31 May 2018: Construction works have officially commenced on the third phase of the Greater Cairo metro’s third line, announced the Ministry of Transportation on Thursday.

The third phase of the metro’s third line will expectedly start with Attaba station, passing east through the Ring Road and ending with the Rod El-Farag Axis; it stretches over 17.7 kilometers.

It will start operating in 2022, as construction works will approximately take four years, Minister of Transportation Hisham Arafat said in press remarks.

Sixty percent of the project is financed by the French Development Agency and the European Investment Bank, with total investments amounting to €900 million ($1.05 billion), and the rest comes from the state budget.

Arafat pointed out that the construction works of the third line’s third phase will begin with excavating a 4-km-long line, which will include some of the Downtown areas of Zamalek, Maspero, Kit Kat and Gamal Abdel Nasser. The latter station intersects with first line of the metro.

Running northwest to the Rod El-Farag Axis of the Ring Road, the third line will travel through Giza governorate’s key districts, Imbaba and Al Waraq, through the stations of El-Kawmeya Al-Arabiya, Imbaba, El-Bohy, Sudan St., and Rod El-Farag Axis.

According to the plan, the metro will then also extend southwest towards its last stops, including the stations of El-Tawfikeya, Wadi El-Nil, Gamaat El Dowal Al-Arabiya, Bulaq El-Dakroor and Cairo University.

In press remarks on the occasion of the start of the third phase construction works, Prime Minister Sherif Ismail asserted that the government has long broached the development and extension works of the metro lines in an aim to reduce the incessant traffic congestion and upgrade the metro service.

In late May, the Ministry of Transportation increased the price of metro tickets for the second time in less than a year.

Drawing over 3.5 million of Greater Cairo's 21 million residents daily, the metro is the cheapest and fastest mode of intra-urban transportation, according to estimates by the country's National Authority for Tunnels.

As per the ministry’s decision, commuters are now charged a base fare of LE 3 ($ 0.16) for the first nine stops and an additional LE 2 (total LE 5) for seven more stations. The highest ticket price has been fixed at LE 7 if the commuter travels more than 16 stations.