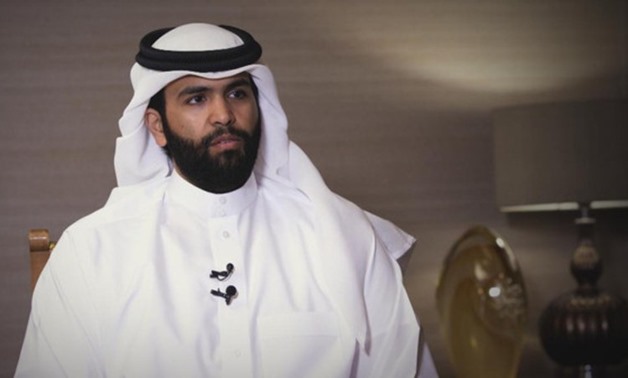 CAIRO – 20 April 2018: Sheikh Sultan bin Suhaim al-Thani repeated his warning to the Qatari people of the Muslim Brotherhood terrorist group’s political dominance over Qatar’s ruling regime that insisted on pursuing the same policies that led to the Gulf crisis.

He said in a tweet addressing the Qatari people, “We have warned frequently of the Brotherhood’s dominance over Qatar; however, the ruling regime ... insisted to pursue the same dark path. Who can believe that the Qatari regime got closer to the terrorist Brotherhood and abandoned its neighbors and real allies?”

Bin Suhaim’s tweet came in response to an interview aired on Russia Today where former Russian Ambassador to Qatar Vladimir Titorenko spoke about his experience in Qatar and recounted a conversation that happened between him and Sheikh Yusuf al-Qaradawi, who is known for his close ties with the Muslim Brotherhood.

Titorenko said, “Qaradawi told me that Russia must accept the truth that bloody and corrupt regimes in Arab countries must go, and that people have gotten sick of their old governments, which must be replaced by the power of society.”
He added, “I then asked him: ‘Do you think the regime of the country where you live is democratic? I mean Qatar and other neighboring countries where there are no political parties and parliament but absolute monarchies, so is this democratic?’ He answered: ‘No, but their turn will come too’.”

Bin Suhaim, a son of Qatar’s first-ever foreign affairs minister, has boycotted the Qatari regime since the outbreak of the Gulf crisis in June. In September 2017, he released a televised speech where he criticized the Qatari leadership’s position towards terror groups in the region.

The Arab quartet halted all land, air and sea traffic with Qatar, and withdrew their diplomats and ambassadors from the Qatari peninsula. The Arab quartet issued 13 demands to Doha – then shortened to six principles – including closing Al Jazeera television network, curbing relations with Iran and shutting down a Turkish military base.