Badie’s gets life in prison in 'Rabaa operation room' 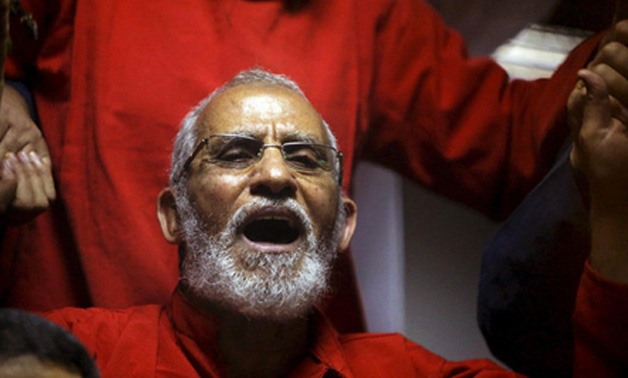 CAIRO – 8 May 2017: Supreme Guide of the Muslim Brotherhood Mohamed Badie was sentenced to life in prison, while 21 others were acquitted Monday in the retrial of "Rabaa operation room" case. The defendants were charged of orchestrating a plan to spread chaos and violence across Egypt following the dispersal of the 2013 Rabaa and Nahda sit-ins.

Brotherhood spokesperson Mahmoud Ghazlan and Guidance Bureau member Hossam Abu Bakr were also sentenced to life in prison, whereas other defendants, including Brotherhood preacher Salah Sultan, were given a jail term of 5 years.

In December 2015, the Cassation Court accepted the contest made by the 37 defendants in the case which involves 51 people, and referred it back to a criminal court for retrial. They had been handed down 14 death sentences and 37 life imprisonment verdicts in April 2015, amid hundreds of capital punishments issued against Islamist defendants and overruled by the Cassation Court.

The case is known in the local media as the “Rabaa operation room,” where the defendants were charged with setting up an operation room to direct the movement and actions of the Brotherhood’s members in the street after the August 2013 dispersal, and ordering the arson of churches and public properties.