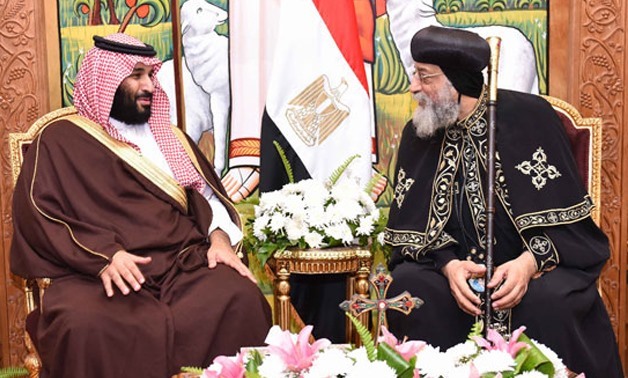 Tawadros said he was “very happy” with bin Salman’s visit on March 5 at the Egyptian Orthodox Cathedral in Cairo, a first by such a high-level Saudi royal.

“The Saudi Crown Prince is a good reader of history; he knows the history of Egyptians,” the Pope said.

During the meeting in early March, Pope Tawadros thanked bin Salman for the kind treatment towards Christians in the Kingdom of Saudi Arabia, while the Crown Prince said he is grateful for the peaceful reactions of the Egyptian Church regarding the recent terrorist attacks targeting them.

“We talked a lot in the short visit – for about 20 or 30 minutes – but its impact was huge,” Tawadros added.