By: Egypt Today staff
CAIRO – 6 March 2018: The head of the State Information Service (SIS) Diaa Rashwan received at his office on Tuesday BBC Cairo bureau chief Safaa Faisal in order to hand her SIS’s official objection to BBC’s controversial report, published on February 24 under the title “The Shadow over Egypt”.

Rashwan said during the meeting that the SIS insists to receive an official apology from BBC network over the controversial report which alleged that Egypt’s security apparatuses participate in the enforced disappearance of Egyptian citizens.

The head of SIS accused BBC of fabricating the story claiming the disappearance and torture of Egyptian citizen Zubeida Ibrahim, who refuted her disappearance claims later through an interview with ON TV channel.

Rashwan urged the BBC during the meeting to take all the administrative procedures to amend the distortion caused by the false report.

The head of BBC Cairo bureau, Safaa Faisal, praised the dialogue taking place between SIS and BBC, vowing that the English news network will seriously study the notes sent by SIS. 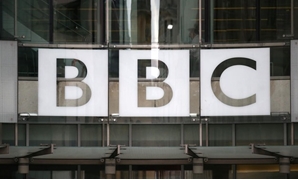