By: MENA
CAIRO - 16 February 2018: Foreign Minister Sameh Shoukry held Friday bilateral talks with his Russian counterpart Sergey Lavrov on the sidelines of the 54th Munich Security Conference (MSC), which will wrap up its activities on Sunday, February 18.

The talks focused on ways of boosting cooperation between both countries, as well as consulting on a number of regional issues of mutual concern.

Foreign Ministry Spokesman Ahmed Abu Zeid said Shoukry, at the beginning of the talks, expressed his sincere condolences over the victims of the Russian passenger plane, which crashed near Moscow Airport on Sunday, February 11.

Both ministers welcomed the decision to resume direct flights between Cairo and Moscow, stressing the need to boost tourism traffic from Russia to Egypt which is a favored destination for Russian tourists.

The two diplomats also discussed trade and economic relations between the two countries, as well as the Palestinian cause and ways to encourage the Palestinians and Israelis to resume peace talks.

Lavrov expressed his country's appreciation of the vital role played by Egypt in implementing the Palestinian reconciliation agreement.

Abu Zeid underscored that the talks also shed light on the Syrian crisis and the Russian role to broker peace between the Syrian regime and opposition forces. 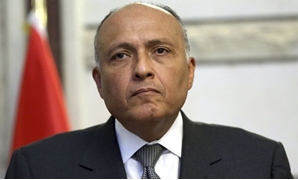 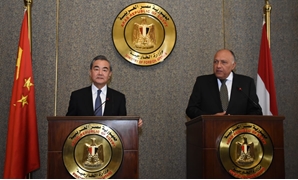