By: Egypt Today staff
CAIRO – 7 December 2017: The Giza Criminal Court affirmed the death sentence against thirteen defendants, in the trial of “Ajnad Misr,” on Thursday after the approval of the Grand Mufti.

On October 8, The Giza Criminal Court referred the papers of the defendants to the Grand Mufti to review their death sentences before handing down the final verdicts in the case.

Referral to the Grand Mufti is a necessary procedure before issuing a death sentence, according to Egyptian law, though the religious opinion of the Mufti is non-binding.
The 13 men are among 44 defendants charged with killing six policemen in several militant attacks in Giza in 2014.

Late Prosecutor-General Hisham Barakat referred the defendants to the Giza Criminal Court based on evidence that they targeted security personnel in different areas nationwide.

The defendants were also charged with joining an outlawed group, possessing firearms and attempting to murder police personnel through attacks on checkpoints and police institutions.

Ajnad Misr is a small Islamist militant group designated by the government as a terrorist group in 2014. 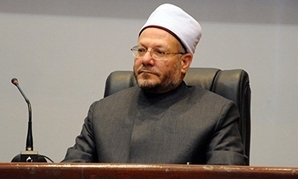