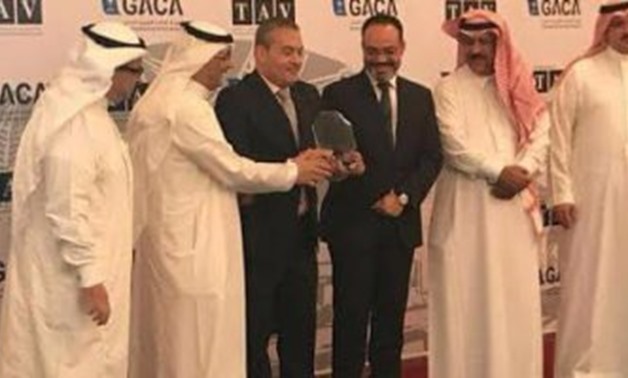 Hisham Abdel-Wahab, director of EgyptAir’s office in Medina, received the award as the best director working at Prince Mohammad bin Abdulaziz International Airport for his exerted efforts during the pilgrimage season.

Abdel-Wahab pointed out that this award is an outcome of the effort and cooperation of his team with all relevant authorities to provide the best service to the pilgrims.

Despite all of the political concerns that were raised before the beginning of Hajj due to the Arab-Qatari dispute, Saudi Arabia has proven that religious rites cannot be politicized, providing high standards of service for the pilgrims regardless of their nationality or origin.

“We are proud to do this and to provide our service to Muslim pilgrims throughout their stay in our country. Our way and manner of treating pilgrims from all around the world is the best answer to all the allegations that were raised against us during the past period,” said Khalid bin Faisal Al Saud, Emir of Mecca and chairman of the Hajj Central Committee, in a press conference, according to Saudi newspaper Okaz.