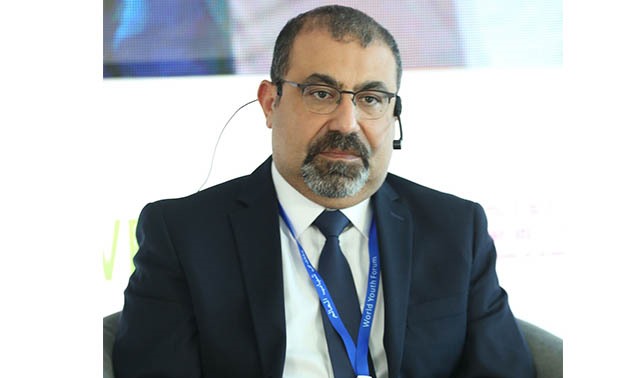 Albert Shafiq during the Press Freedom...Why It Matters? session at the World Youth Forum

CAIRO – 7 November 2017: Participants in the session entitled “Press Freedom...Why It Matters” held on the sidelines of the World Youth Forum (WYF) on Tuesday affirmed the importance of the press and an increase in people’s awareness in order not to fall prey to extremists and intellectual terrorism.

Steven Pritchard, the readers editor of the UK’s Observer, Souad el-Tayeb, the director of Monte Carlo radio and Albert Shafiq, the director of Extra News Egyptian TV Channel, are among the participating speakers discussing how press freedom matters, and how it can be used to build states.

The session run by anchorwoman Dina Abdel Kareem witnessed hot debates among the participants. Annahar satellite network director Albert Shafiq highlighted the need to provide the public with updated data and information so they will not “fall prey to rumors.”

Shafiq added that Egyptians have become aware enough to differentiate between facts and rumors, stressing that “I prefer creating a new circle of trust with the audience that shall allow us to apologize when wrong information is provided so we do not lose the audience’s trust.”

“After WWII, the French and the Germans hated each other, but the media succeeded to put an end to that hatred and hostility,” said Shafiq during the session.

He called on the Egyptian media to follow the footsteps of the French and German media to play an effective role in illuminating the audience.

The Indian Prime Minister said the misuse of media is a criminal act so that the freedom of press will always remain up for discussion; especially amid news reports that U.S. President Donald Trump will be looking to sue reporters. He revealed that the image of the refugees in the western press is not good at all.

The seven-day World Youth Forum officially kicked off on Sunday under the name "We Need To Talk" in Sharm el-Sheikh, South Sinai. Sunday witnessed a remarkable opening session with world leaders participating, and a number of international youth sharing their stories of success and grief.

President Abdel Fatah al-Sisi announced that the forum will be held in Egypt annually, highlighting the importance of such a gathering of hundreds of youth from all over the world to share ideas and solutions to problems and challenges.