"The development of the situation in Syria gives grounds for cautious optimism," he said at the 72nd session of the United Nations General Assembly, adding that the formation of four deescalation zones in Syria was finalized at the international meeting on Syria that was held in Astana on September 14-15.

Lavrov stated that agreements on these zones were reached with the participation of Russia, Iran, Turkey, the United States, Jordan, the United Nations with support from many other countries.

He added that these agreements "have created conditions for further progress towards the implementation of Resolution 2254 on the basis of direct dialogue between the government and the opposition aimed at joining their efforts to eliminate as soon as possible the terrorist hotbed and restore peace all over the country, and its unity, and resolve acute humanitarian problems."

"We are convinced that all those who sincerely wish peace to Syria and its people must join their efforts in this process under the leadership of the UN, and without any preconditions," Lavrov added. 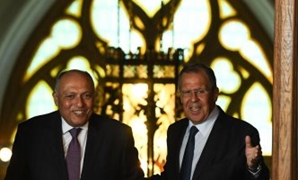