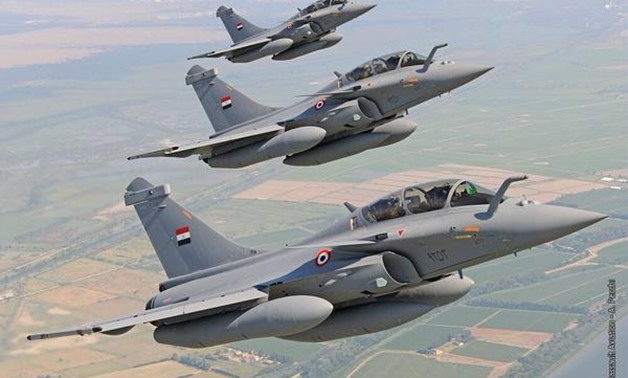 CAIRO - 21 Aug 2017: The Air Force destroyed nine SUVs loaded with arms, ammunition and explosives at the western border, according to a statement issued by the Armed Forces on Monday.

The statement said that the Air Force, in cooperation with border guard forces, continued to comb the area along the border to track down terrorist elements.

Meantime, the Air Force and law enforcement forces of the Second Field Army targeted an outpost affiliated to terrorist elements near the border of Rafah in North Sinai.