All you need to know about 'Mohamed Naguib' military base 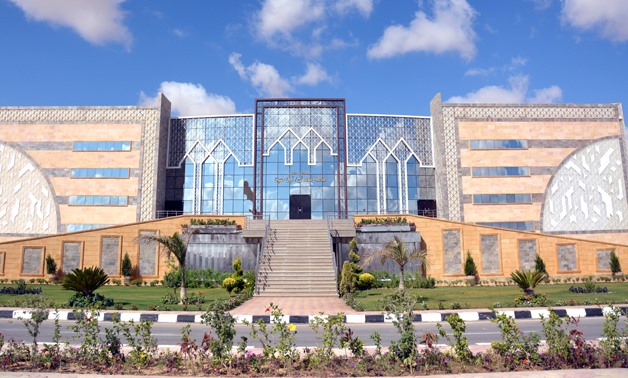 CAIRO – 22 July 2017: President Abdel Fatah al-Sisi, inaugurates on Saturday the largest military base in the Middle East “Mohammed Naguib” base in “El-Hamam” city with the presence of Arab and international high level figures.

Guests of the inauguration ceremony include the Crown Prince of the Kingdom of Bahrain, Salman bin Hamad Al Khalifa and the Crown Prince of Abu Dhabi and Deputy Supreme Commander of the United Areb Emirates (UAE) Armed Forces, Mohammed bin Zayed Sultan Al-Nahyan.

Below you can find information about the “Mohammed Naguib” base:


1. The new military base replaces the 1993 military city in the easternmost city in the Matrouh Governorate; “El-Hamam” city.

2. It secures the “Dabaa” nuclear station, the oil fields and the state’s western borders.

3. It includes 1,155 vital facilities, 72 training areas, a major conference hall, a large number of shooting ranges, and residences for the officers.

5. The base includes a tank-transporting container of about 451 modern tankers

The inauguration event will include the inauguration of three military camps in a number of locations and a ceremony for graduating cadets from Egypt and a number of Gulf Cooperation Council (GCC) member countries including Bahrain.