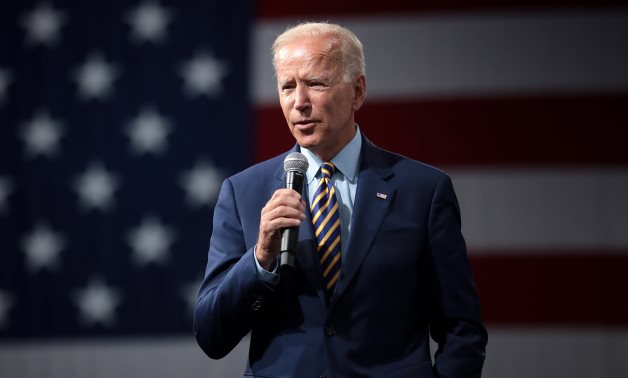 CAIRO – 11 November 2022: US President Joe Biden will arrive in Egypt’s Sharm El-Sheikh on Friday to join other global leaders at the 2022 UN Climate Change Conference (COP27), he announced on Twitter.

“We're living in a decisive decade – one in which we have an opportunity to prove ourselves and advance the global climate fight. Let this be a moment where we answer history’s call. Together,” Biden said.

This comes a day after Egypt’s President Abdel Fattah El Sisi received in Sharm El Sheikh on Thursday Speaker of the US House of Representatives Nancy Pelosi and her accompanying delegation on sidelines of COP27.

Pelosi described Egypt as “pillar of security and stability in the Middle East and the Arab world”, as well as a pivotal partner for the United States in the region. She expressed deep appreciation for Egypt's successful and effective role under the leadership of President Sisi in combating terrorism and extremist ideology, reforming religious discourse and establishing noble concepts and values of freedom of belief.

The meeting witnessed “an open dialogue” between President Sisi and members of the delegation, where they were keen to listen to the President’s assessments on various regional and international issues, especially the efforts to combat terrorism over the past years in Egypt, as well as the developments of the crises in the region, including Libya, Yemen and Syria.

Sisi stressed the need to reach a binding legal agreement on filling and operating the dam, in order to achieve the interest of all parties and preserve Egyptian water security.

The meeting also discussed the developments of the Palestinian issue, where the US House Speaker praised the Egyptian efforts in support of the peace process and to maintain calm between the two sides, while the President affirmed Egypt's firm position in this regard by reaching a just and comprehensive solution that guarantees the rights of the Palestinian people.