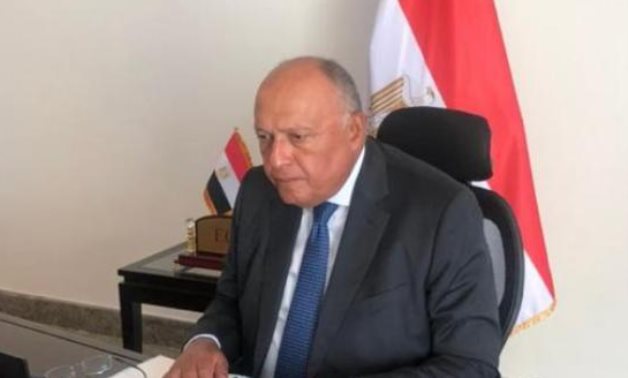 CAIRO – 20 September 2022: Egyptian Minister of Foreign Affairs Sameh Shoukry received on Monday, September 19, 2022, the US Special Envoy for Yemen Tim Lenderking at the headquarters of Egypt's permanent mission to the United Nations in New York.

Ministry of Foreign Affairs Spokesperson, Ambassador Ahmed Abu Zeid, indicated that the meeting tackled the latest developments in Yemen. The Foreign Minister reviewed the Egyptian efforts to consolidate the truce reached by the Yemeni parties last April, stressing Egypt's continuation to support the brothers in Yemen and to make all efforts to settle the Yemeni crisis and alleviate the humanitarian burdens on the Yemeni people, based on the historical relations between the two sisterly countries.

The Foreign Ministry Spokesperson revealed that the US envoy, for his part, was keen to express appreciation for Egypt's efforts to settle the Yemeni crisis, stressing the United States' support for the UN envoy's efforts to extend the truce beyond its end date at the beginning of next October. The meeting also touched upon the issue of the FSO Safer oil tanker and the importance of not neglecting it, as the two sides agreed on the importance of supporting international efforts to mobilize funding to deal with this problem in order to avoid any potential environmental or navigational repercussions that may result from its sinking.

At the end of his remarks, Ambassador Abu Zeid indicated that the Egyptian Foreign Minister stressed during the meeting the importance of preserving the unity of the Yemeni people and the sovereignty and territorial integrity of Yemen within the framework of efforts to settle the crisis.