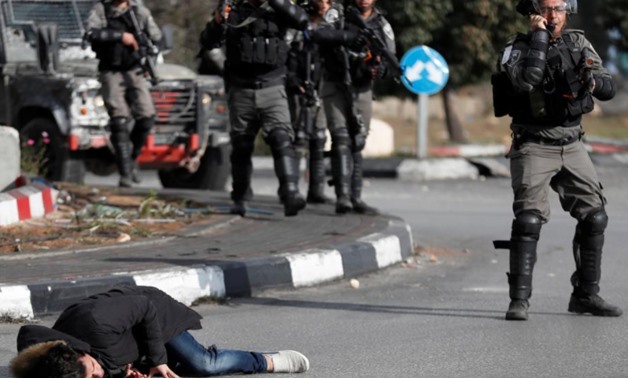 FILE- A Palestinian man lies on the ground after being shot by Israeli border policemen near the Jewish settlement of Beit El, near the West Bank city of Ramallah December 15, 2017 REUTERS


The ministry said in a statement that the Israeli forces shot the 58-year-old victim in the head that led to a critical injury and caused his death.


The Israeli Forces opened fire at the victim after he performed the Fajr prayer.


Five other Palestinians have been arrested in Tubas.


A Palestinian youth was also injured by a live round in the thigh in the course of the ensuing confrontations.