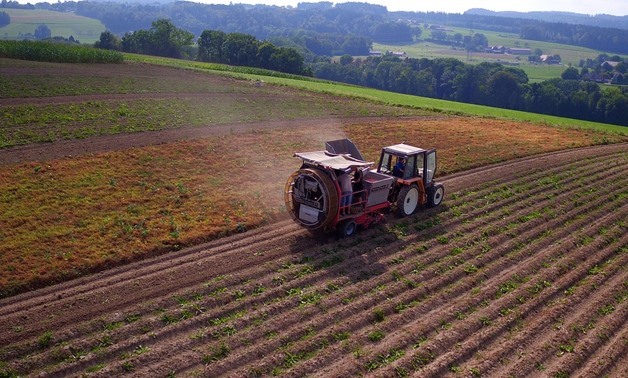 CAIRO – 28 April 2022: Egypt’s Information and Decision Support Center [IDSC] published, Thursday an infographic about the Toshka project, explaining that it contributes to adding an area of up to 1.1 million feddans to the agricultural area in Egypt.

This, according to IDSC comes as part of the efforts exerted by Egypt to increase the agricultural area, provide job opportunities for the people of Upper Egypt, and support Food security.

Egypt’s President Abdel Fattah El-Sisi made an inspection tour in Toshka agricultural lands in the South Valley of Upper Egypt’s Aswan, on April 21, to witnesses the start of the wheat harvest season.