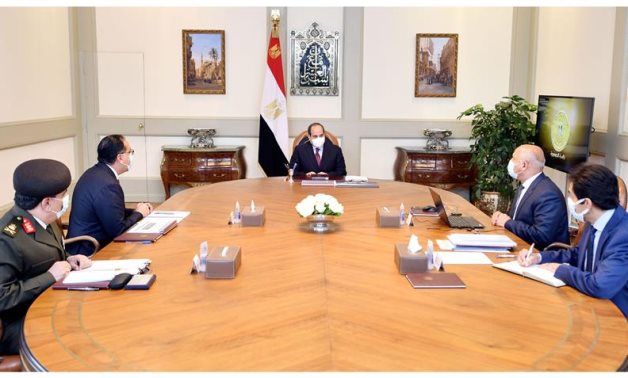 CAIRO – 17 January 2022: Egypt’s President Abdel Fattah El-Sisi urged swift completion of the components of the new nationwide transportation system given its significant contribution to facilitating the movement of citizens in a fast and safe way.

Sisi, during the meeting, ordered paying attention to the operation systems and technical cadres that will operate this system and qualifying them to keep up with the new technologies used in this regard.

The president made the remarks in a meeting with Prime Minister Mostafa Madbouly, Minister of Transport Lieutenant-General Kamel El-Wazir and Head of the Armed Forces Financial Affairs Authority Major General Ahmed El-Shazly.

“Furthermore, the new systems will connect urban communities and residential neighborhoods in Greater Cairo as well as at the governorate level, acting as the modern means of transportation as represented in the High-Speed Electric Train, monorail, Light Rail Transit (LRT), and the Bus Rapid Transit (BRT), which will operate on the Ring Road, in addition to the expansion and addition of new metro lines,” the statement added.