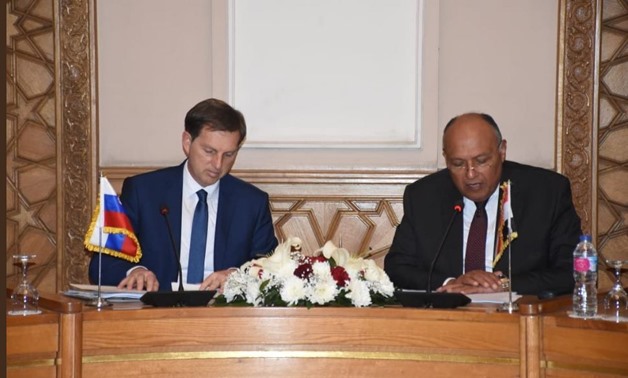 CAIRO - 21 October 2021: Egypt and Slovenia have tackle cooperations in fields of artificial intelligence, tourism and besides aways of increasing the trade volume between the two countries, according to a statement from the Egyptian Foreign Ministry.

At a round of consultation headed by Egyptian Assistant Foreign Minister for European Affairs Badr Abdel-Atti and director-general of the foreign and security policy department at the Slovenian Foreign Ministry Jernej Müller, the both sides discussed the advantage of the available investment opportunities, especially in the economic zone of the Suez Canal.

The two sides discussed bilateral relations in their political, economic, social and cultural aspects, and ways to develop and deepen them, the statement added. They also reviewed aspects of the growing relations between Egypt and the European Union in light of Slovenia's current presidency of the European Union.

In March 2019, Foreign ministers of Egypt and Slovenia signed a cooperation protocol for Consumer Protection  after the end of the first session of the joint Egyptian -Slovenian economic committee. This protocol aims at boosting investment and cooperation in all fields.