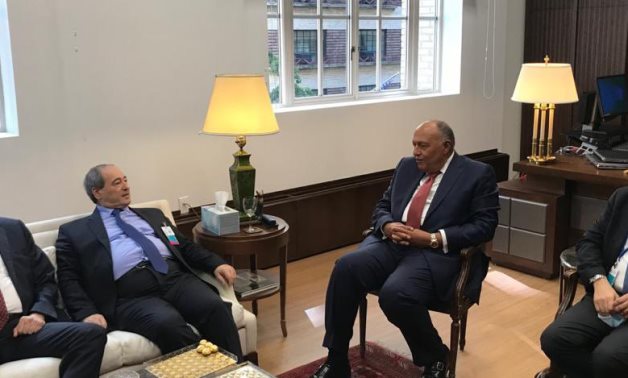 Both Ministers discussed ways  to end the Syrian crisis, Hafez added, noting that the meeting took place at the headquarters of the Egyptian mission in New York City, on the sidelines of the 76th Session of the UN General Assembly (UNGA 76).

The meeting is the first of its kind since freezing the Syria's membership in the Arab League in 2011 following the Syrian revolution against President Bashar al-Assad.

Recently, It has been agreed to deliver  the Egyptian natural gas to the Lebanese through Jordanian and Syrian pipelines, with putting a plan of action and a timetable for its implementation, announced the Jordanian Ministry of Energy and Mineral Resources in a statement.