Tunisia rejects Ethiopia’s accusation regarding its role in UNSC 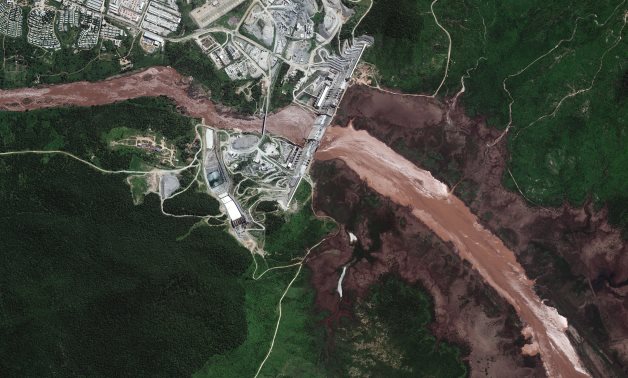 CAIRO - 17 September 2021: Tunisia has affirmed that negotiations among Egypt, Sudan and Ethiopia on the controversial Grand EthiopianRenaissance Dam (GERD) is the only way to overcome all differences, rejecting the Ethiopian accusation regarding its role at the United Nations Security Council (UNSC).
“The Nile River should remain a source of cooperation, prosperity, peace and development for all countries in the region,” said Tunisian Foreign Ministry in a statement on Thursday.
The Security Council adopted a Tunisian-drafted Presidential statement on September 15, 2021, regarding the GERD, said the statement, adding “Tunisia made this statement within the framework of its commitment to its African and Arab dimensions and out of its responsibility that is embodied in the belief in  serving peace and security and promoting the values ​​of dialogue and negotiation at the Security Council.”
Also, Tunisia voiced it astonishment at the Ethiopian Foreign Ministry’s statement, which was issued on September 15, 2021, and questioned Tunisia's sincere and lasting commitment to defending African issues in all international forums and during its membership in the Security Council.”
Tunisia affirmed that since the beginning of the negotiation on the draft statement that was adopted by the UNSC, close coordination and continuous consultation has taken place with all concerned countries, the Tunisian statement said.
“This initiative was not directed against any party, but rather aimed at encouraging the concerned countries to resume negotiations in a constructive manner,” the statement continued.
In its statement on the UNSC statement, Ethiopia said "Tunisia’s historic misstep in advancing the Council’s pronouncement undermines its solemn responsibility as a rotating member of the UNSC on an African seat.”

Press Release: On the Statement of the President of the #UN Security Council on the Grand Ethiopian Renaissance Dam 15 September 2021 pic.twitter.com/BoA8j9YiqR

The UN Security Council adopted Wednesday a presidential statement calling on all three parties involved in the GERD to resume negotiations under the auspices of the African Union.
“The Security Council is not the competent authority in technical and administrative disputes over water sources and rivers.” The UNSC statement said.
The Security Council also on the parties to resume negotiations, stressing the need to return to the agreement of principles signed in 2015.
Egypt has welcomed the UN Security Council statement issued, Wednesday on the GERD, encouraging all three countries to resume negotiations with the aim of reaching a legally binding agreement on the filling and operation of the dam within a reasonable time frame.
The Republic Democratic of Congo (DRC), which chairs the African Union for this year, has drawn up a timetable for the tripartite negotiation process, said Egyptian Foreign Minister Sameh Shoukry in a press conference with DRC counterpart Christophe Lutundula.
Egypt, Ethiopia and Sudan are at loggerheads over the $4-billion dam; Cairo voiced concern over its water share [55.5 billion cubic meters] after Ethiopia started building the dam on the Blue Nile in May 2011.
In 2015, the three countries signed the Declaration of Principles, per which the downstream countries [Egypt and Sudan] should not be negatively affected by the construction of the dam.