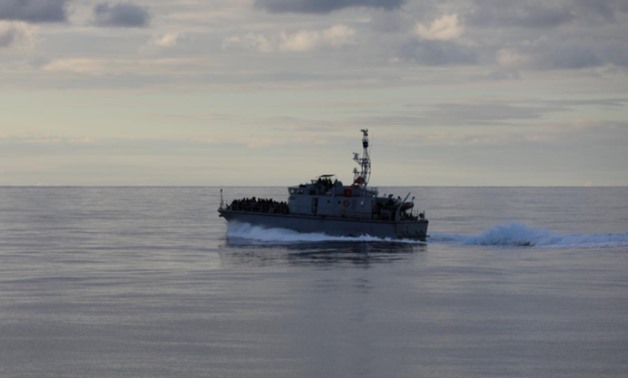 Migrants are seen on a boat as they are being rescued by Libyan coast guards at the coast of Tripoli in Libya, December 8, 2017 - REUTERS/Hani Amara

CAIRO - 13 June 2020: Libya's navy said Saturday that 179 migrants on two rubber boats en route to Europe have been rescued off the Libyan coast.


Two operations were conducted by the navy which rescued 119 people of different nationalities in the first and 60 from Africa and Asia in the second, according to Al-Wasat news website.

As many as 9,216 migrants have been rescued in the Mediterranean Sea so far this year, compared to 7,106 last year.

Libya has been suffering insecurity and chaos since the fall of the late leader Muammar Gaddafi in 2011, making the North African nation a preferred point of departure for illegal migrants wanting to cross the Mediterranean Sea towards European shores.

Rescued migrants end up inside overcrowded reception centers across Libya, despite repeated international calls to close those centers.