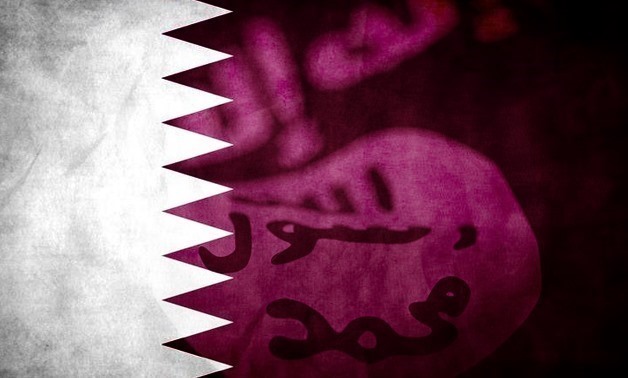 CAIRO - 7July 2017: Qatar’s rejection of the Arab demands is a clear evidence that it will continue to support terrorism, Egypt, Suadi Arabia, UAE and Bahrain said in a joint statement on Thursday.

Accordingly, resulted in killing and injuring 26 Egyptian soldiers on Friday in a suicide bomb attack on an army checkpoint in North Sinai, security officials said.

The officials said two vehicles were detonated while passing a checkpoint in an area between Rafah and Sheikh Zuweid in North Sinai. No group has claimed responsibility for the attack.

Egypt faces an extremist insurgency led by Islamic State terrorist group in North Sinai, which Qatar was proven to fund and support it. Hundreds of soldiers and police have been killed since 2013, when the military ousted outlawed Muslim Brotherhood president Mohamed Morsi whose group has backed by the Qatari administration.


Thursday night, a checkpoint in Al-Ayyat district, Giza, was attacked, leaving a conscript and a civilian wounded.

Wednesday, two police officers and one conscript were killed in a terrorist attack targeting their checkpoint.

Saudi Arabia has suffered from the Qatari-funded terrorist groups. On Friday, a bomb attacked a Saudi police patrol, which killed one officer and wounded six others in the eastern province of Qatif.

The patrol was targeted in the neighborhood of Al-Musara, killing Col. Abdullah Al-Turki and wounding six other police officers, the Saudi Interior Ministry said.

The Ministry blamed the attack on "terrorists," without giving any further details.

The attack occurred in the same area where a policeman was killed and three others wounded in a bombing on Tuesday morning. Three people, including a police officer, were also killed last month in bombings in Qatif.

After several states severed ties with Doha last month, Egyptian politicians and social media demanded probing Qatar internationally, accusing the Gulf country of involvement in funding terrorist groups, which launched attacks killing thousands of Egyptian armed and police forces over the past few years, since the ouster of the President Mohamed Morsi in 2013.

A hashtag “Egyptian Blood is Precious” was circulated, where social media users rejected any calls for reconciliation with Qatar.

Egypt, Saudi Arabia, the UAE and Bahrain cut diplomatic ties with the state of Qatar on June 5 on charges of supporting terrorism and extremist groups in the region. The Qatari regime is responsible for the lives of victims who have been killed by terrorist operations supported by Qatar in Egypt and other Arab countries, Egyptian Parliamentarian Mohamed Abou Hamed announced on several occasions recently.

The countries listed 13 demands to be met by Qatar, including: severing ties with terrorist groups, closing down the pan-Arab Al Jazeera satellite channel, downgrading ties with arch-rival Iran and closing a Turkish air base in Qatar.

Egypt, Saudi Arabia, UAE and Bahrain said in a joint statement Thursday that Qatar’s rejection of the Arab demands is clear evidence that it will continue to support terrorism.

The ultimatum that had been given to Qatar is now void, leading to further legal, political and economic measures against the government of Qatar by Egypt, Saudi Arabia, United Arab Emirates and Bahrain, according to a Friday statement.

The Qatari government has purposely thwarted all diplomatic efforts to resolve the crisis and has rejected any settlements, reflecting its intention to continue with its destabilizing policies against the interests of the Qatari people, the Arab quartet said in the joint statement.

The “justified demands” come as a result of Qatar’s hostile practices and violations of the 2014 Riyadh Supplementary Agreement of which Doha is signatory, the statement said.

The four states added that Qatar has violated international conventions and norms; namely the charter of the Gulf Cooperation Council, the Arab League, the Organization of Islamic Cooperation, and the United Nations, and the outcome of the Islamic-American summit of Riyadh, in which 55 Islamic countries and U.S. President Donald Trump participated.

The Qatari regime interferes in the internal affairs of the countries in the region, seeks to destabilize them to spread chaos and devastation, and funds internationally-designated terror groups, the statement continued.