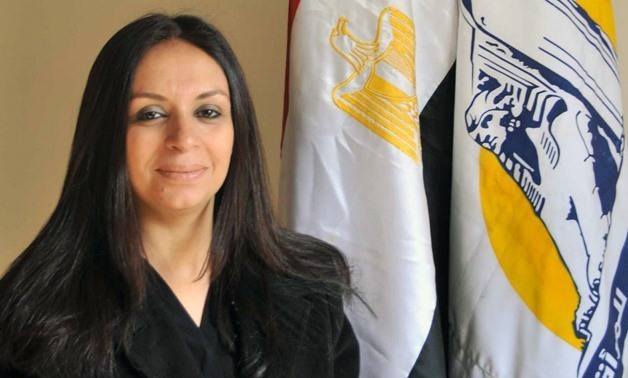 CAIRO – 25 May 2021: The Egyptian Embassy in Washington organized a virtual session for assistants of congressmen in the House of Representatives and the Senate discussing the rights and empowerment of women in Egypt.

During the session, Head of National Council for Women Maya Morsi gave an extensive presentation on the efforts made by the council in support of women’s rights, empowerment in political, economic and social life and protection from violence.

She explained that the council, which was established in 2000, is the governmental mechanism concerned with improving the status of women in Egypt.

“Egyptian women are living their brightest times thanks to strong and wise political will of President Abdel Fattah al-Sisi who believes that empowering women is a national duty,” Morsi said during the session.

She further reviewed the women status in the 2014 constitution, which included more than 20 constitutional articles to guarantee women’s rights in various fields of life.

“During the last six years, Egypt has made steady and serious steps regarding women’s rights and gender equality,” she added.

According to Morsi, Egypt is the first country in the world to launch the National Strategy for the Empowerment of Egyptian Women 2030 that goes the lines with the sustainable development goals.

The strategy was adopted in 2017, which was called the “Year of the Egyptian Woman,” and was approved as a road map for the Egyptian government.

Among the achievements of the strategy regarding women empowerment: the increase in women representation in the Egyptian parliament to 28 percent, 14 percent in the Senate, and 25 percent in the cabinet.

Egypt is the second country in the world to launch the Gender Equality Seal Award for private and public institutions. The gender cap catalyst was launched with the World Economic Forum.

A number of laws and amendments were passed to support equal opportunities for Egyptian women, like laws: criminalizing the deprivation of inheritance; harshening penalties on FGM and sexual harassment; regulating work of the NCW; confronting those evading alimony payment; the Personal Data Protection Law; criminalizing bullying for the first time and legal provisions stipulate the non-disclosure of the victim’s data in crimes of harassment, violence and indecent assaults.

In the context of dealing with the repercussions of the emerging corona virus pandemic, Dr. Maya Morsi confirmed that Egypt was the first country in the world to issue a policy paper on responding to the special needs of women and girls in the context of dealing with the pandemic. The policy paper included four main components to limit the repercussions of the virus on women. The Council launched a mechanism to monitor and follow up the implementation of those policies, and five copies of this mechanism came out.

“More than 165 measures, decisions and preventive measures were taken in support of Egyptian women since the outbreak of the virus until January 2021,” Morsi said.

Egypt ranked first in the report issued by UN Women and the United Nations Development Program on the measures taken by countries around the world to support women during the Covid-19 pandemic.

For his part, Egyptian Ambassador in Washington Moataz Zahran delivered an opening speech at the session, in which he reviewed the central role that women have played in the political and economic life in Egypt throughout history, Egypt's leadership of the feminist movement in the Arab world in the early last century, and the many contributions of Egyptian women to arts, culture, cinema and political life.

Most prominent in this context was the election of the largest number of women in the history of Egyptian parliamentary life during the recent legislative elections in Egypt, as their number reached 162, which exceeds the number of women elected in the last congressional elections, which reached 142, according to Ambassador Zahran.