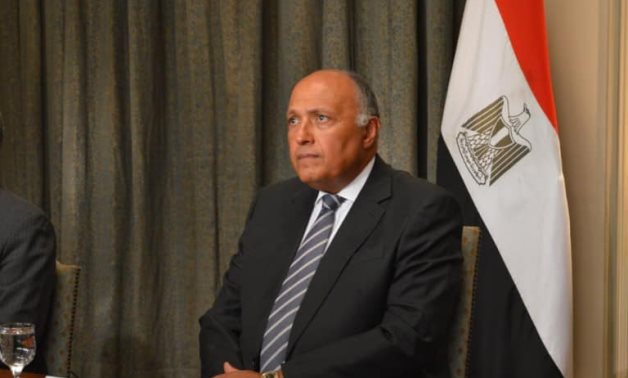 Shoukry and Dendias praised the strong Egyptian-Greek ties on various levels, as well as the constant cooperation and coordination between Cairo and Athens in political, economic, trade, and military domains, especially the bilateral cooperation in the areas of energy, natural gas and electrical interconnection, Foreign Ministry spokesman Ahmed Hafez said.

Shoukry also expounded to Dendias the rapid developments in the Palestinian territories and Egypt’s stance in this regard, in addition to the Egyptian efforts to reach a ceasefire, stressing that the lack of genuine efforts for reviving the peace process was partly the cause of the flare-up.

The two top diplomats also discussed some regional files, especially the developments in Libya and the Eastern Mediterranean region.

Last April, Shoukry received his Greek counterpart in Cairo to conduct talks on bilateral and regional issues of mutual interest.

in July 2020, Egyptian Tourism and Antiquities Minister Khaled El-Enani and his Greek counterpart Haris Theocharis signed an agreement on providing care for tourists visiting both countries. The two also discussed cooperation in the energy field.

In August 2020, the two countries signed a demarcation agreement that designated an exclusive economic zone between them in the Eastern Mediterranean that contains promising oil and gas reserves.