Palestine’s conflict has been always an Egyptian, Arab cause: Egypt amb. at UN 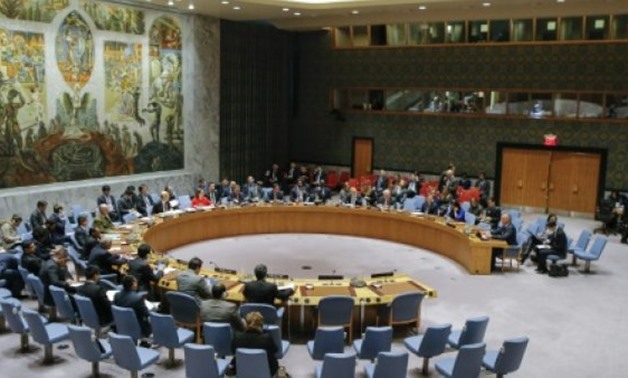 CAIRO – 17 May 2021: Egypt's permanent ambassador to the UN Mohamed Idris has called for an immediate stop of violence that claimed many innocent lives in Gaza.

Speaking to Extra News Monday, Idris said the Palestinian cause is the problem of Egypt and all the Arab world.

It is the cause of an occupied people searching for their lawful rights, the diplomat noted.

He underscored action to promote the Palestinian cause worldwide, reiterating the need to establish an independent Palestinian state with East Jerusalem as its capital.

Idris touched upon attempts of forced displacement in al Quds that led to a spiral of violence and loss of lives.

He pressed for a radical solution to this occupation problem, stressing it is a case of a people demanding their rights. The world community agrees on the need to end the occupation through a two-state solution, Edris concluded.

Egyptian President Abdel Fattah El Sisi called for putting an end to the ongoing conflict between the Palestinians and the Israelis immediately.

He affirmed that Egypt is always exerting efforts in this regard, saying “Hope to end this conflict exists as long as all of us are working together.”

President Sisi’s comments were given to reporters on Monday on the sidelines of the France-held conference for Supporting Sudan's Transitional Period and the Funding African Economies Summit.

Shelling and airstrikes by the Israeli army against Gaza Strip and clashes with civilians in the West Bank and Jerusalem since May 10 incurred 220 deaths and 6,039 injuries, according to Palestinian health Ministry

The Israeli police arrested 850 Palestinians, most of them minors, during suppression the protests and confrontations inside the Palestinian territories.