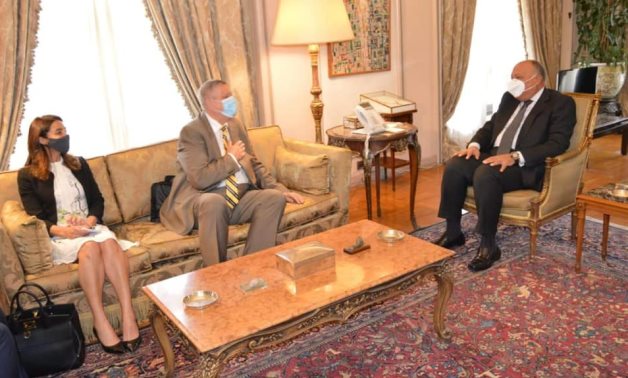 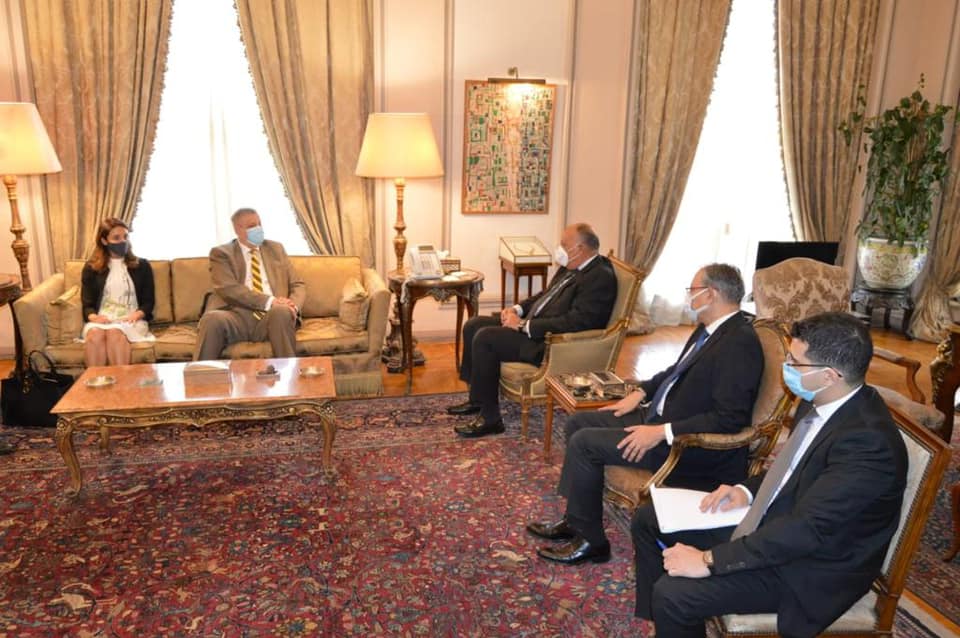 The ministry's Spokesperson Ahmed Hafez indicated in a statement that Shokry affirmed that Egypt is still deploying efforts aimed at pushing forward all pathways leading up to a comprehensive political settlement.

The minister stressed that the political solution must be achieved in a way that preserves the unity and territorial integrity of Libya; guarantees the deportation of mercenaries and foreign militants; and preserves the country's public properties and national institutions, in fulfillment of the aspirations of the Libyan people on stability and security.

Shokry also asserted the cruciality that all parties abide by the outcomes of the Libyan National Dialogue Forum fostered by the UNSMIL as well as the timeline to be concluded with elections on December 24.

"That is in addition to the importance of bringing to an end all non-constructive foreign interventions that promote Libyan fragmentation," the statement reads noting that the minister underscored that Egypt backs the work of the 5+5 military commission in charge of unifying Libyan security and military institutions.

The commission is an outcome of Berlin Conference held on Libya in January 2020, and consists of top military personnel from the Libyan National Army (LNA) controlling eastern and central Libya, and the militias controlling the western part of the country.

Shokry added that Egypt supports the continuous work of the UN secretary-general's special envoy to accomplish a political solution that serves the Libyan people and materializes its ambitions in a stable and prosperous Libya.

On his side, Kubis presented to the minister the outcomes of his latest contacts with the Libyan parties involved in the crisis expressing appreciation for Egypt's commitment to achieving a settlement in Libya. He added he looks forward to continuous coordination with Egypt on the matter.